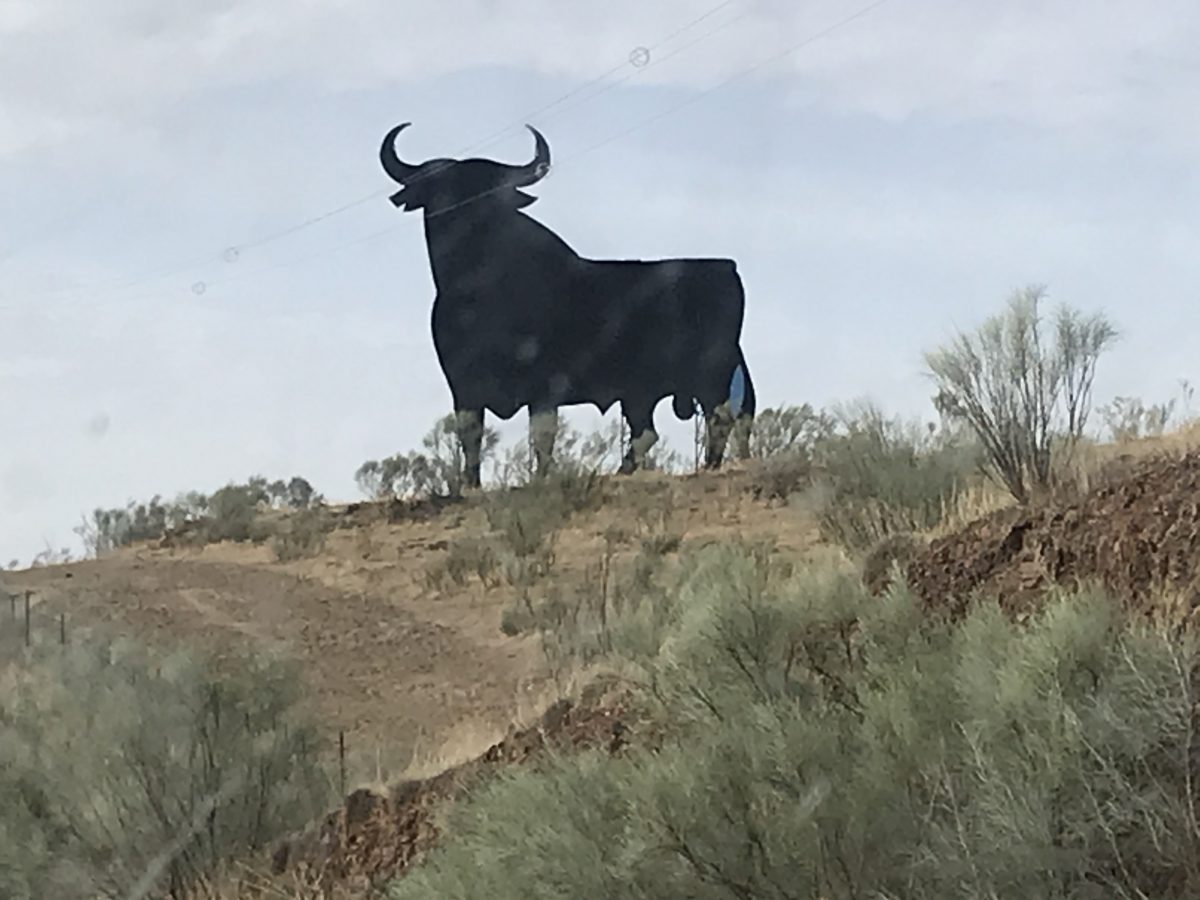 The next day saw us waking up just as the sun was rising, it was very peaceful, but then we found we were parked next to a cemetery! You could hear the motorway noise in the distance as the traffic started to build up. Today was about getting through Spain, so we could arrive at a sensible time to collect our car in Malaga and make our way to our place in the sun.

With COVID-19 cases increasing in northern Spain and Madrid closing its regional borders, we had decided to drive from the Burgos area on the E80 west towards Salamanca and then pick up the E803 to Seville. Traffic was quiet, although we were now on two lane motorways, not like the open three lane fast toll roads of France. Today’s journey took us over some rivers (including the Tormes, Tagus, Tajo and the Duero) passing miles and miles of open countryside.

We knew we were in Spain, when we saw the odd sighting of the famous black bull signs strategically placed on the top random hills. These large bulls were originally erected as part of an advertising campaign for Osborne in the 1950s to promote their brand of sherry. However, in the 1994 a law was passed which banned advertising along roads, so the bulls had to be removed,  There was a public outcry as the bulls had become part of the Spanish landscape. The Court allowed these ‘Osborne bulls’ to be replaced, as long as they did not have any advertising wording on them. The black bull is such a symbol associated with Spain, that it was felt culturally acceptable to keep them.

As we were taking a route through the western side of Spain, we kept passing a number of exits for Portugal, how we would loved to have taken a detour into that country (Chris has never been and I only once on a business trip, which I extended to take in a bit of leisure time with a friend), but now was not the time with restrictions getting tighter in Northern Europe. We wanted to feel safe and get to our place in the sun as soon as we could. The same was true when we passed Salamanca, this supposedly beautiful and interesting old university city is a well-known tourist attraction and would have made a good stop over point, but alas, it would have to wait until the next time!  COVID_19, had a lot to answer for to so many people, and our problems of not being able to visit a few places, paled into insignificance compared to others, so we could not grumble.

Using ‘park4nights’ and ‘search4sites’ apps I tried to find somewhere we could stop for lunch that might be scenic, interesting and easy to park. 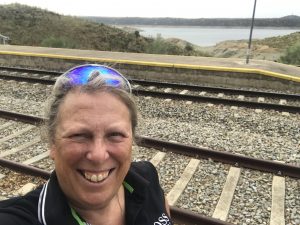 I found a spot off the road at Rio Tajo, where there was an old railway station with parking overlooking the river at ‎⁨Garrovillas de Alconétar⁩ in the the Extremadura⁩ region of Spain. It was a very eery place with its disused buildings and railway track, it seemed like a place time had forgotten about.  Apart from the awful flies, which stopped us eating outside (the moment I got lunch out and we had opened the doors, they seemed to swarm in), it was a nice place to stop. We could have a walk around, stretch our legs and take in the river and hillside scenery.  This stopover meant we had to take a short detour of around 10 minutes each way off the motorway, but it made a pleasant change from resting up at motorway services. Over lunch, we planned where to stop overnight and settled on a place called Monesterio. We set the sat nav and off we went with a short 3 hour drive ahead of us. 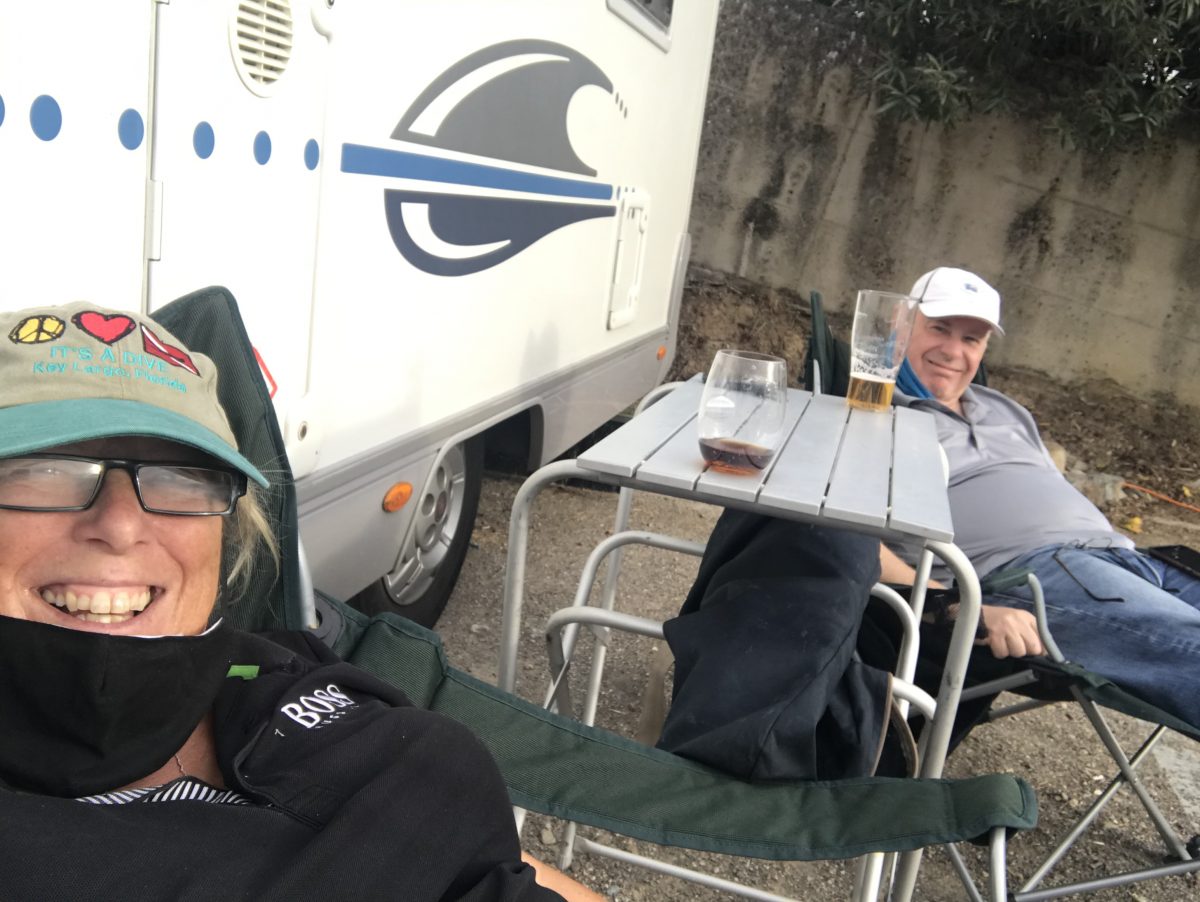 It was easy to find the motorhome site in Monesterio, set in the grounds of a large car park (used for the local ferias or festivals). It was very convenient and spacious. There were 4 spaces for motorhomes with electric hook up facilities and plenty of room for other vehicles without electric hook up. There was a water and waste facility as well.  Arriving early and in glorious sunshine, we were able to get to relax with a drink and sit outside.  The occasional villager walked past, all wearing their masks, so we made sure we had our face masks around our necks in case we needed to pull them up at any stage. Apart from the odd person walking by, we had the company of two horses at the end of the car park in a field, that seemed quite happy. This motorhome site, along with many through and Spain are free services, provided by the local Ayuntamientos (town halls), to encourage people to visit their towns with the hope that people will spend money whilst visiting. Normally we would be delighted to visit the local bars and restaurants, but we just felt with Covid hanging around we wanted to stay safe and stay isolated, so once again I cooked dinner (heating up a home cooked frozen meal). Monteserio looked an interesting town, famous for its jamon (ham), they have a festival every year and a monastery which has its own drink.  I feel somehow we should come back to this place.

We had a few drinks, we settled down to watch another dvd.

After dinner, we could feel the wind getting up and rain starting, little did we realise that this was the start of a massive storm. Overnight, I kept hearing the sound of rain on KEN’s roof it wasn’t deafening in a bad way, but it was loud!

Once again, we were the only Motorhome on the site, so the next morning, after emptying our grey waste, we packed away our things and set off – next stop Casa Goodwin, Monda. 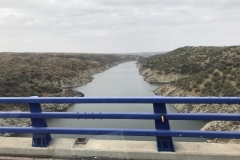 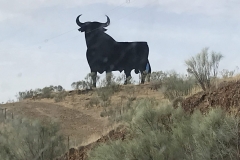 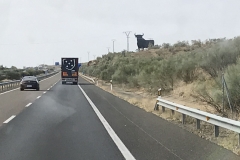 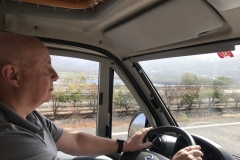 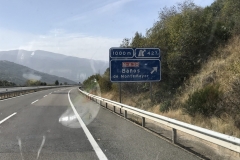 12►
Here’s to the next leg and getting to Monda