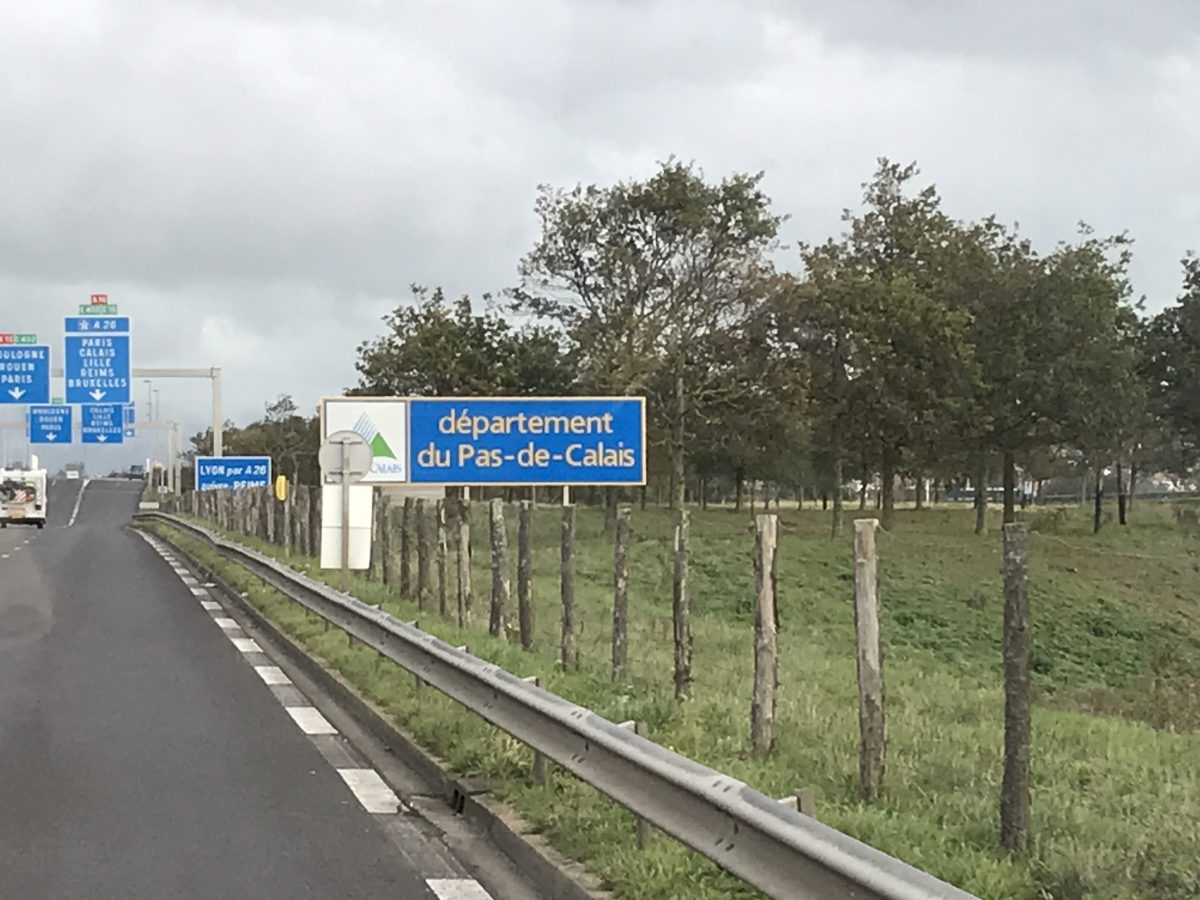 Having left the Eurotunnel behind us, we wanted to get through France with only one night stop. As much we would have enjoyed taking time, with the Coronavirus Covid_19 cases increasing in France, we wanted to get across the border into Spain as soon as we could.

We decided we would take the toll roads having registered previously for the automated emovis tag system. This system allows you to drive through the tag designated lanes, it is quicker and works out cheaper and a lot more convenient.

Our plan was to avoid Paris, so we took the A16/E402 from Calais (leaving the French side of the tunnel at around 09:00) and then the A28/E402 towards Rouen and Tours and then picked up the A10/E5 from Tours towards Poitiers.

We were passed Rouen by midday and stopped for lunch. Along the tolls roads there are plenty of ‘aires’ service areas where you can park the motorhome, stretch your legs and put the kettle on! We were lucky as the weather was lovely, so we were able to enjoy our stops ‘on the road’.

By 16:00 hours, we had passed Tours and stopped again to decide where we would stay the night.  Searching through the aires in France book we found a site at Saint Cyr⁩, ⁨which was near Futurescope near Poitiers. We wanted electric hook up and being our first night in France, we felt more secure at a formal site, rather than just stopping at an aire off-grid. I was still nervous about the time we rented a motorhome and were burgled whilst we slept! That is for another story, I do not want to add to the scare mongering stories about whether sleeping off grid is safe or not – but briefly we were in Marseille for the Rugby World Cup, we were on an organised supposedly secure site and a few homes were broken into one night.

Anyway, the site looked ideal, in ‎⁨Saint Cyr⁩, ⁨in the Poitou-Charentes⁩ region and we arrived there at around 17:20.  The site details:

Although it did take us a few minutes to work out how to open the barrier.

For this site, we had to purchase a Camping-Car Park card, we then had to pre-load with money, in order for the barrier to open. It did take a while to sort out, because after buying the card, I had to register my email address, then verify it, then put in a unique number to us only then would the barrier open. Obviously there were no instructions in English and this tested our French.  It would have been useful if these instructions were in the aires book. Anyway, we sorted it and have the card for French camping car park sites in the future. The site was not cheap, but it had good facilities and was near a lovely tourist spot of the lake and park. Unfortunately, we arrived too late to want to go and explore the area and the next morning, we would be off en route to Spain.  So maybe next time we can explore the region. We wondered if it was French half term as there were a few families staying on the site and they had obviously been enjoying the local park.

There was one other British motorhome on the site, but the rest were all French and the site was about two thirds full. There are 36 pitches at this site, costing €10,67 for the night.

By 17:45 we had parked up, hooked the electricity up and had a drink in our hands! It had been a long day and we were ready to just chill and relax.

Dinner was easy, I had prepared a few home cooked meals and these had been stored in the fridge and freezer. Being on electric hook up we heated these up in the microwave and enjoyed a meal of beef casserole, mashed potatoes and cauliflower cheese.  After dinner, we relaxed in KEN, settling down to watch a DVD, before turning in for the night.

The next morning, the site was quite busy with dog walkers and others packing up early to leave. We had a leisurely start and enjoyed a full cooked breakfast. It was then time to empty our toilet and grey water and then top up fresh water.

We drove KEN over the point to let out the grey water and then having got our hose out, we started to fill up the fresh water.

Unfortunately, I did not put the hose on properly and the hose flew off soaking me in the meantime!!! 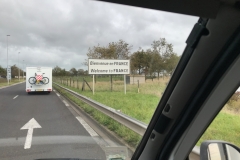 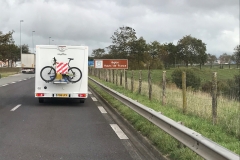 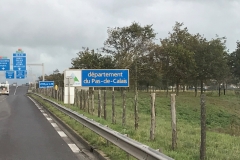 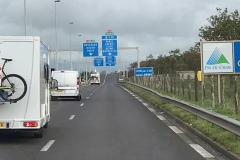 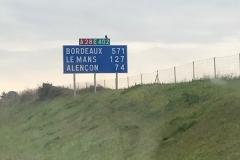 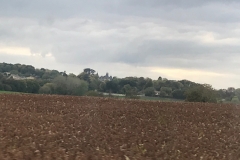 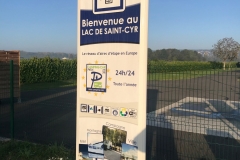 Here’s to the next leg and getting to Spain