Today is a landmark and a kind of sad day, we have reached our half way mark of this amazing tour. Although we still have so much to look forward to.

We left Vegas this morning after an impersonal check out. I am not sure I really appreciate this level of customer service but understand how some people might like it for speed and efficiency. I received an e-mail at 7am inviting me to check out and leave the key at the box near the elevator (lift). (From Chris: what’s the problem? Efficient!)

So we left this vast hotel while hardly speaking to any member of staff!

Leaving Vegas we headed out on the road to Death Valley, where California borders Nevada.

Death Valley, named such due to the many early pioneers who died en-route trying to get through it. Around 140 miles long, this desert must have been scary to the early pioneers. At this time of year there were minimal tourists and for hours we seemed to be driving on our own, which was amazing. Chris wanted a driving tour holiday and on this road he got it! Although not for the first time…..

Miles of straight open road in front of us. I thought this tour had thrown all the views at us already, but no, this was again something completely different and again awe inspiring!

Every few miles the landscape changed: through large rocky hills and plains; to a large salt plain; to sand dune desert; then large open plains of sand stone rocks.

One image which sticks in the mind is of the miles of sand coloured hard rock which then turned into fine sand dunes. One car had pulled off the road to take a photo and had got stuck in the sand!

We pulled over at key viewing spots, including Zabriskie Point which had the most amazing 360 degree views of sand stone and rock going into the horizon.

After driving a couple of hours we ended up at around 300 feet BELOW sea level. It was all amazing and breathtaking, and so different to all the wonderful views we had seen elsewhere on this tour.

As we left the sand dunes, we climbed up from below sea level quickly to over 5,000 ft

We left Death Valley and drove through a couple of  small welcoming towns. We stopped for a coffee in Bishop, which reminded us of the farming towns we had seen up north, where the population and altitude are stated on the welcoming signs on entry. Typically the ones we have come across had less that 1,000 inhabitants. A bit like being in the Vale of Belvoir back home in the UK!

Driving from the desert it was not long before the landscape started to change and become far more fertile. We even saw a river! 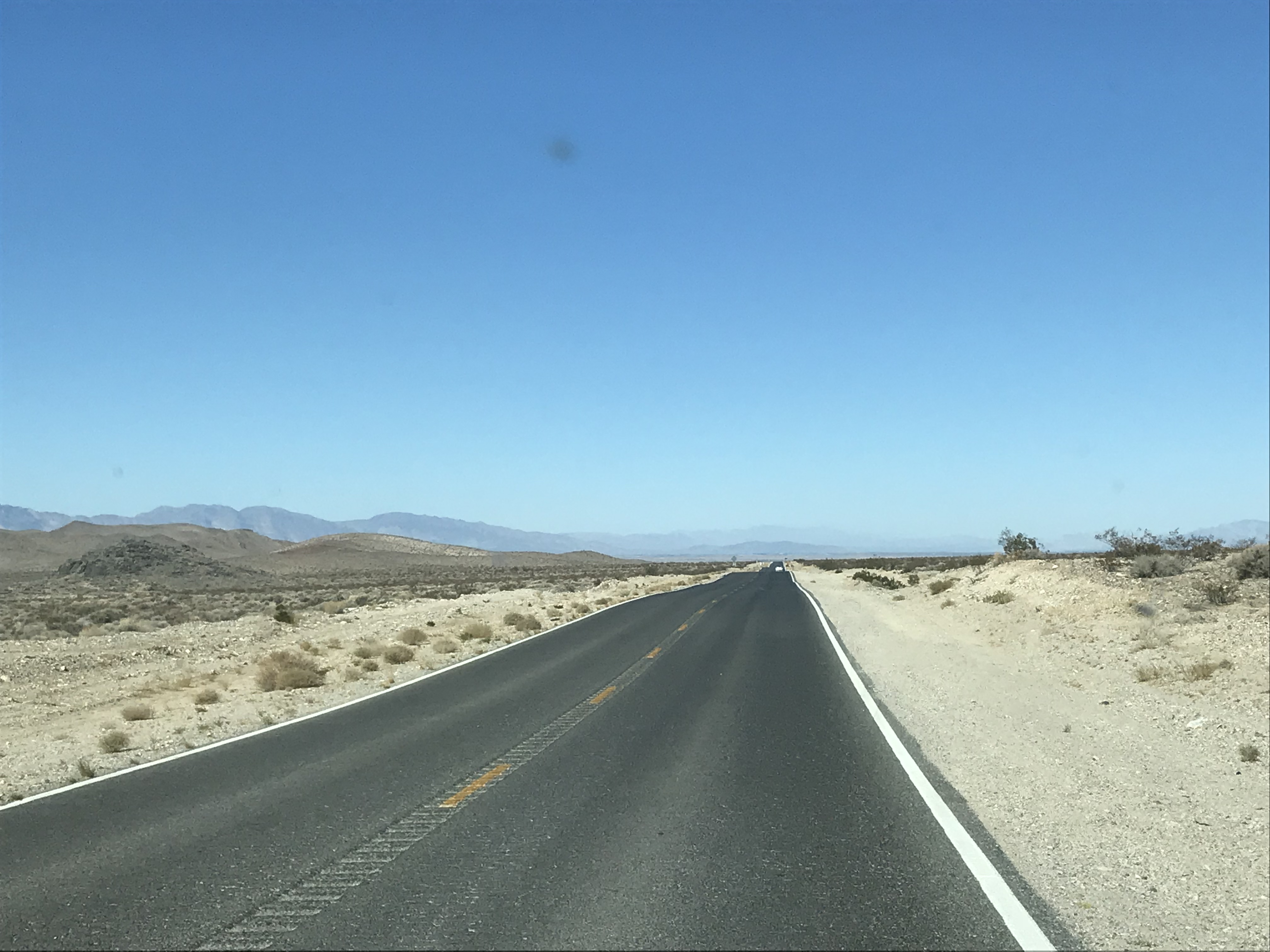 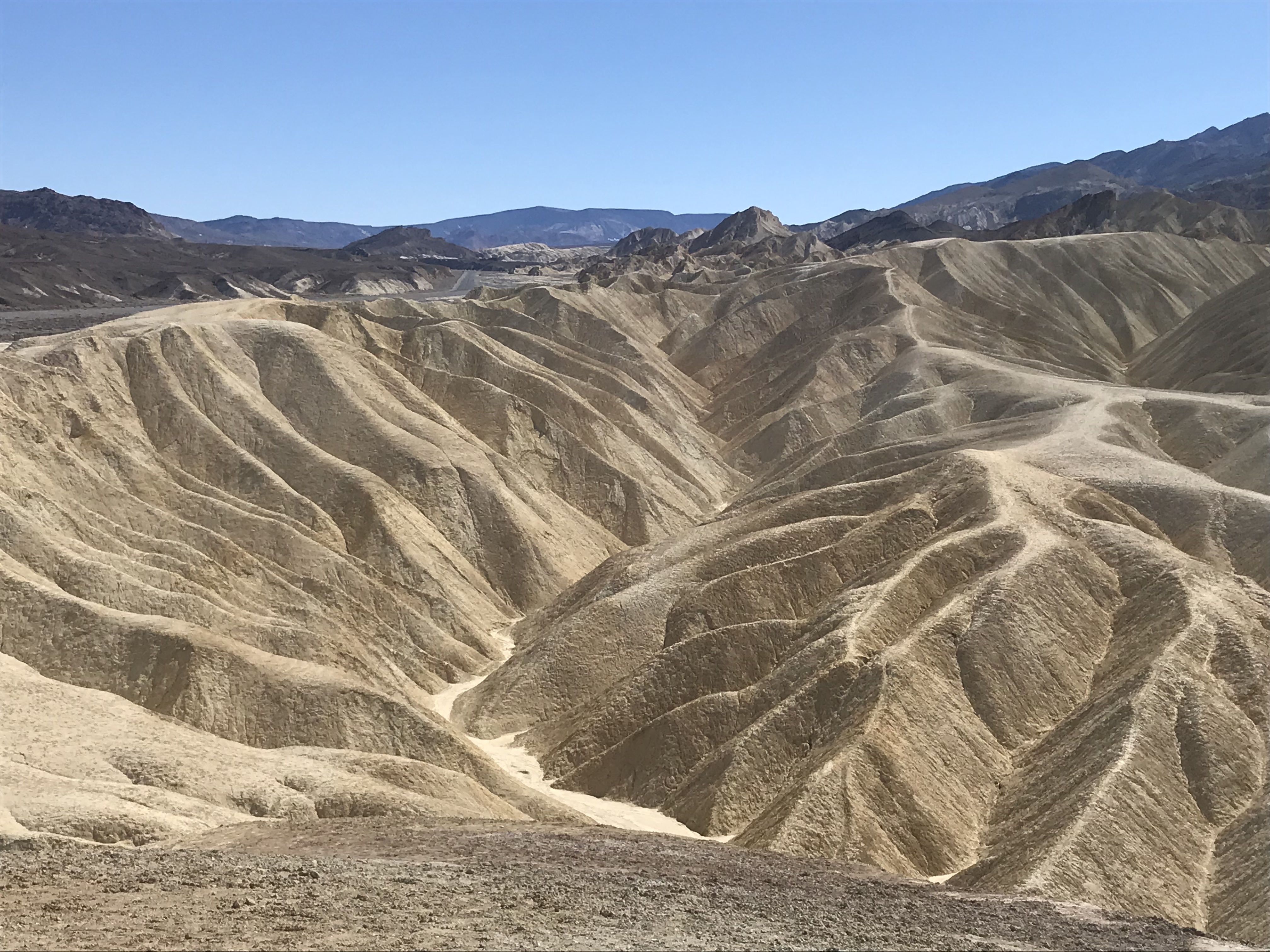 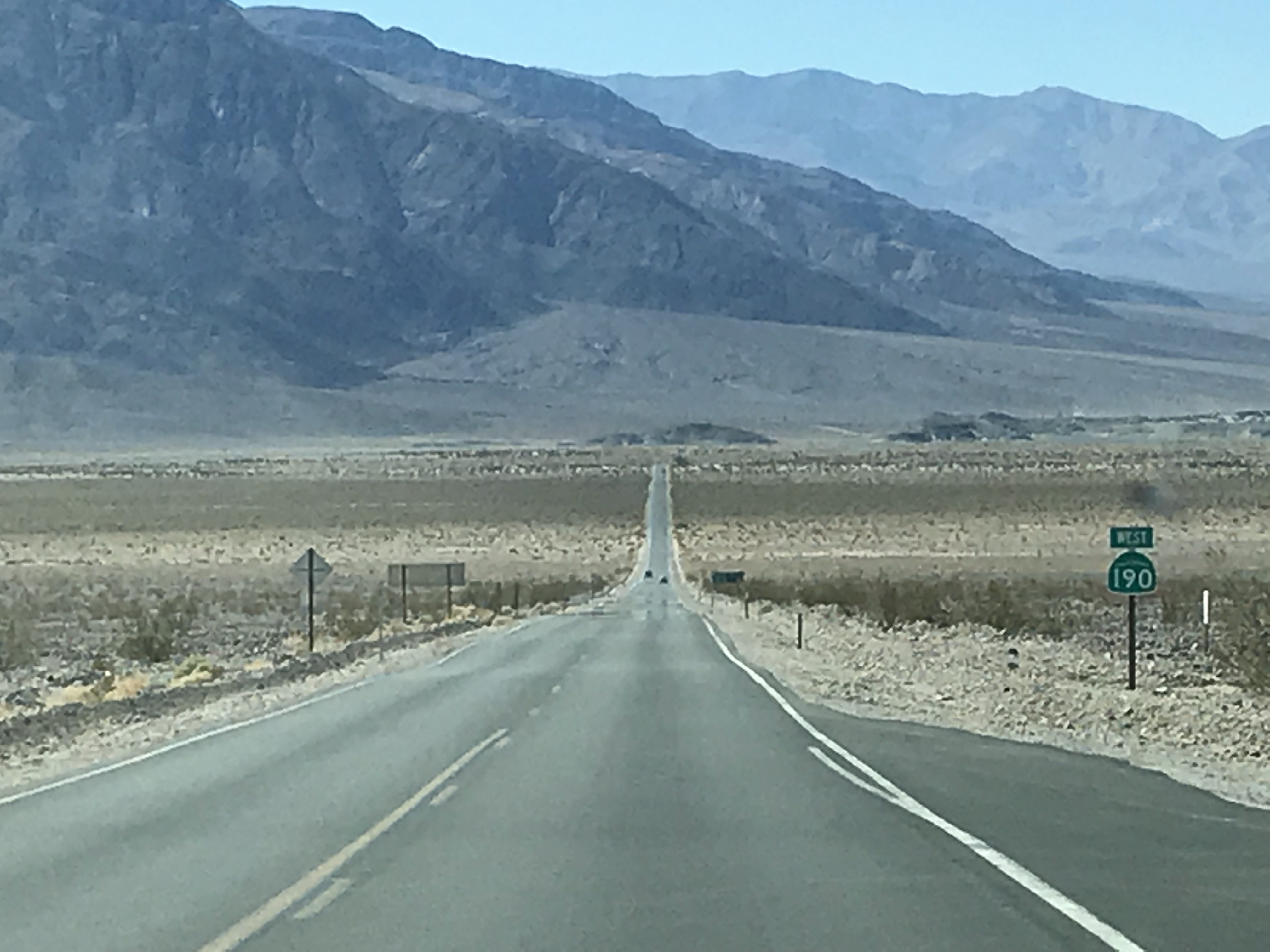 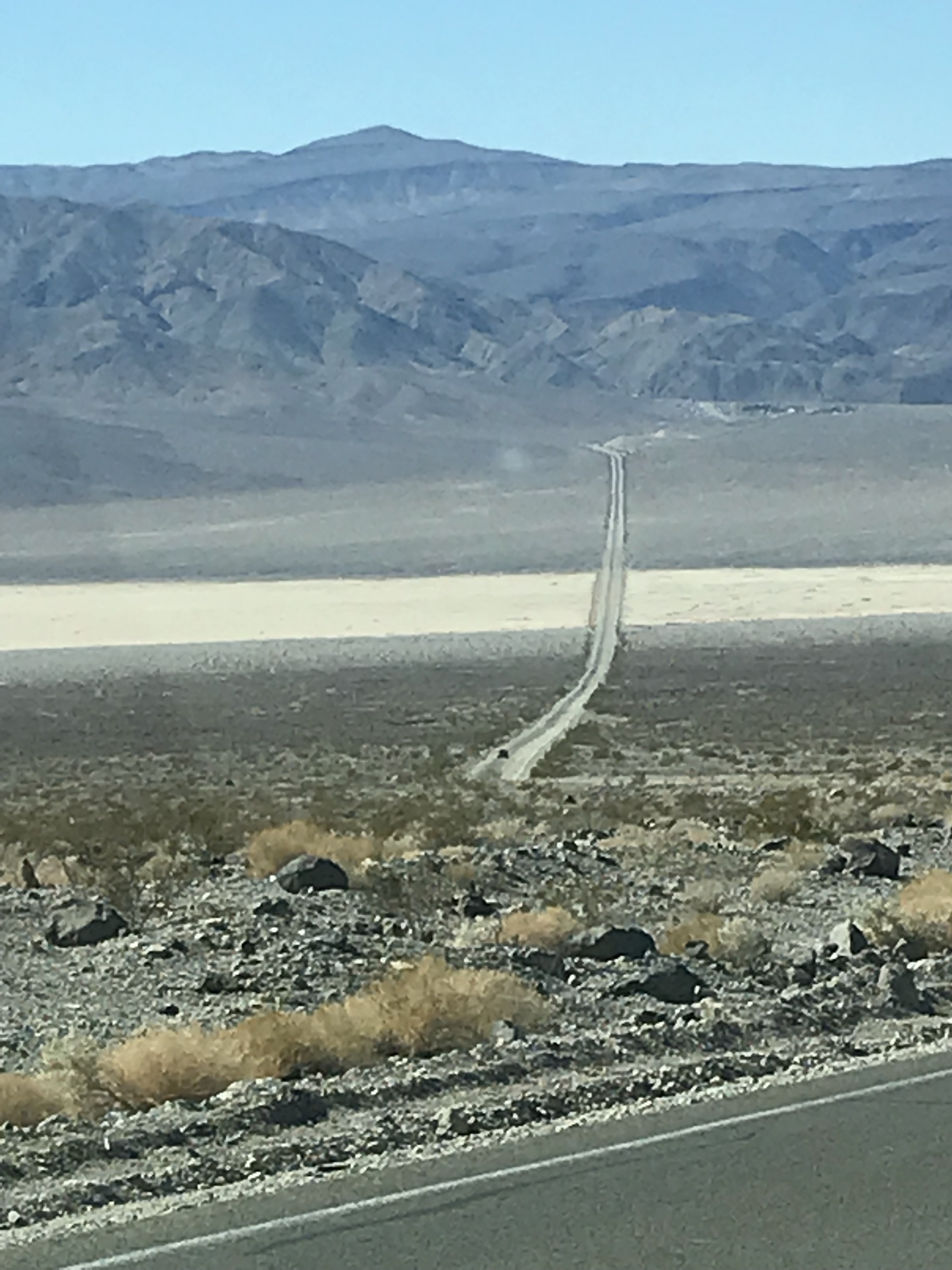 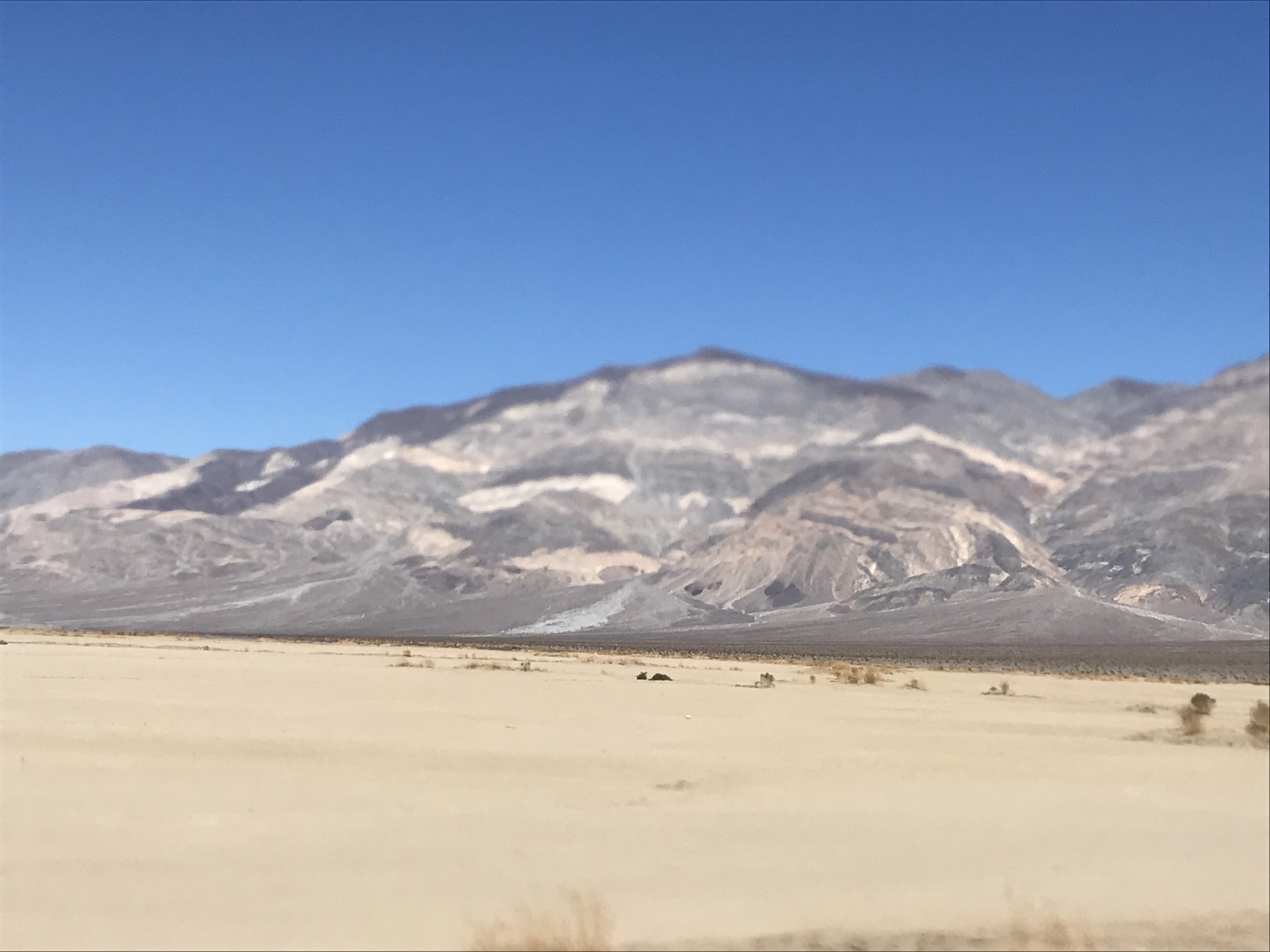 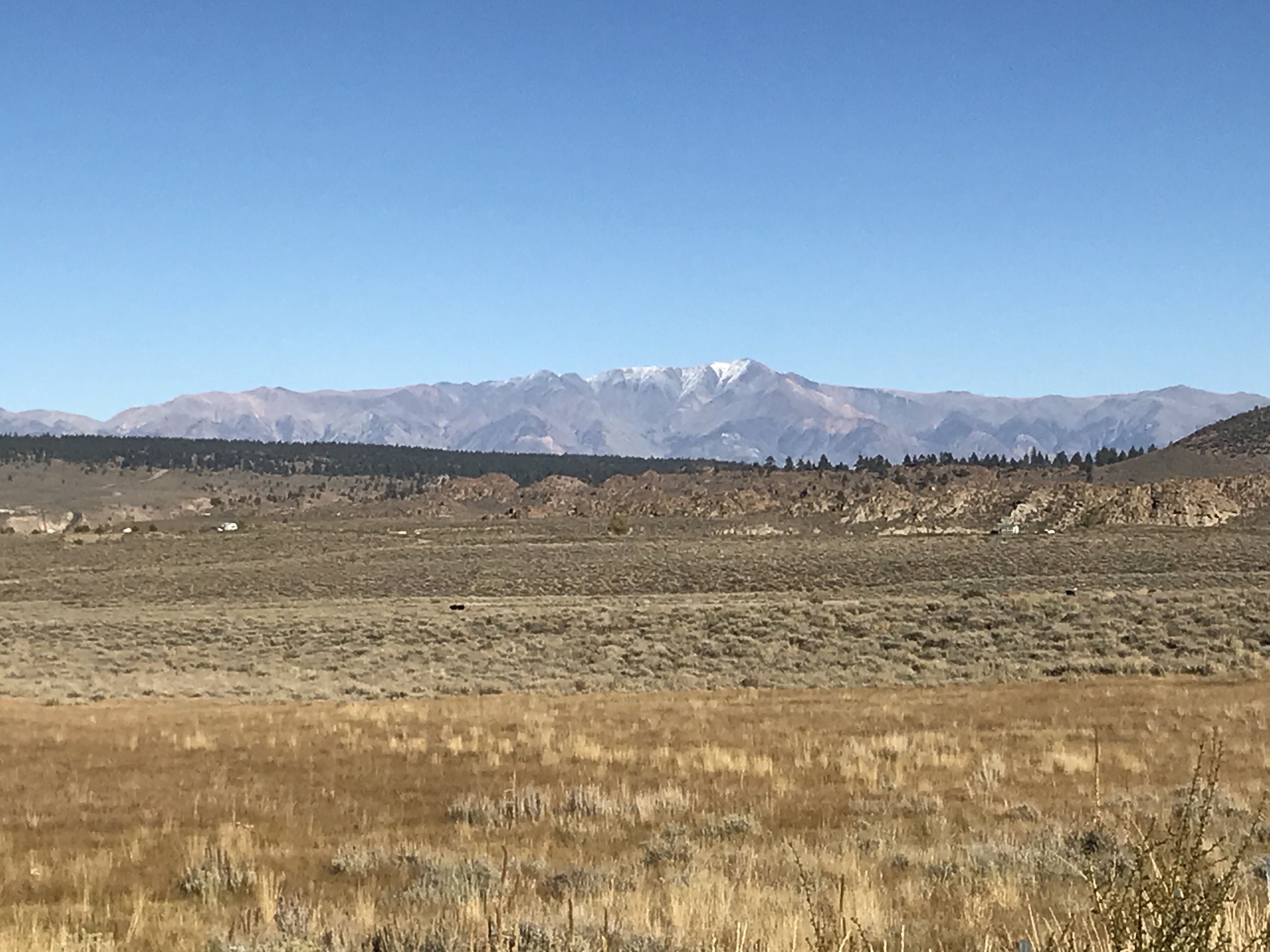 We made our way to Mammoth Lakes which was to be our stop over before Yosemite National Park tomorrow.

Mammoth was beautiful. It is a year round holiday destination with skiing in the winter and lake activities in the summer. At this time of year it was off peak season and the place seemed quite deserted. We drove around the different lakes and stopped at various places to take in the fresh air and wonderful scenery. It was stunning and after Vegas just what we needed. We visited the various lakes all with beautiful crystal clear mountain water. 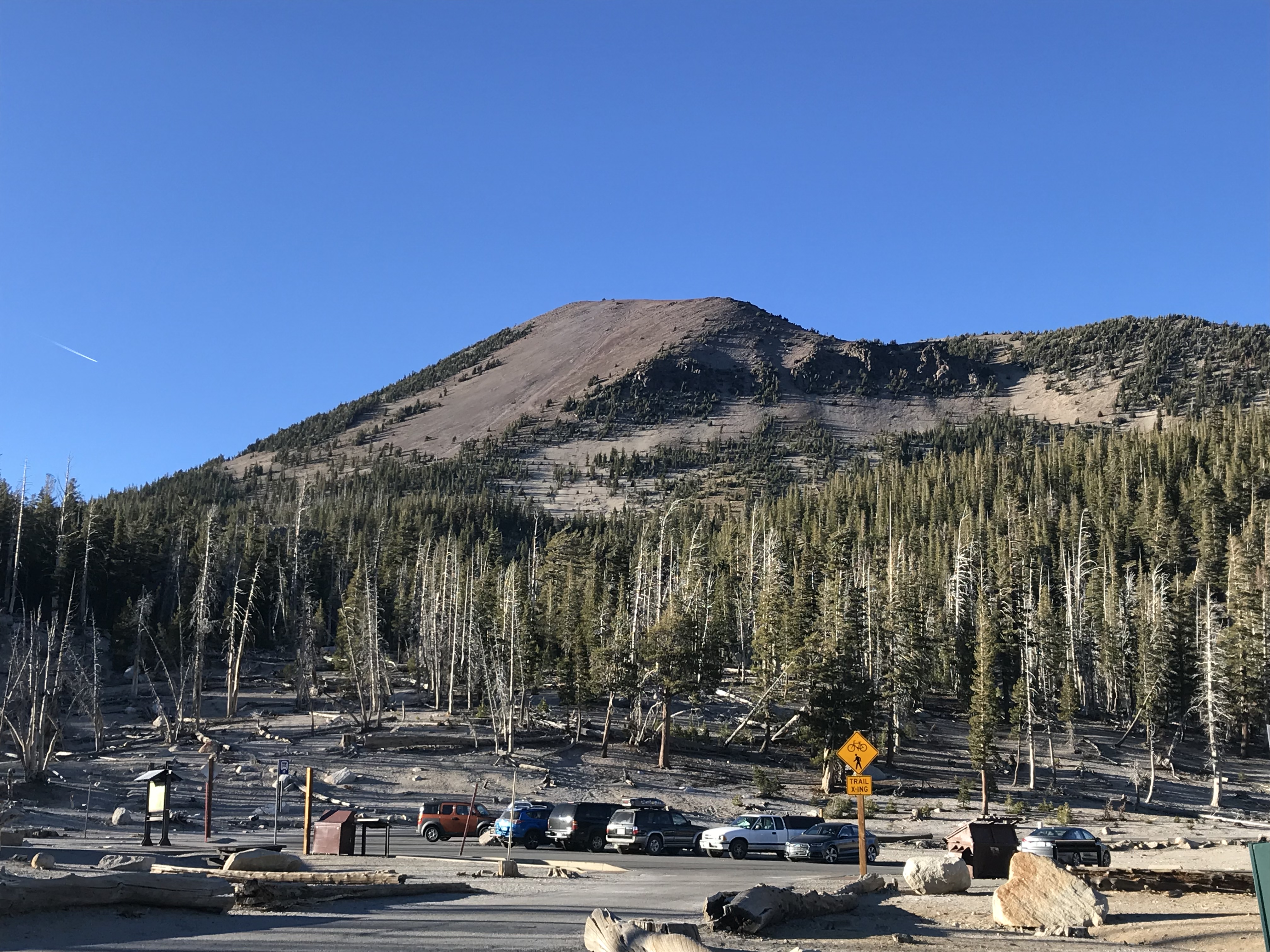 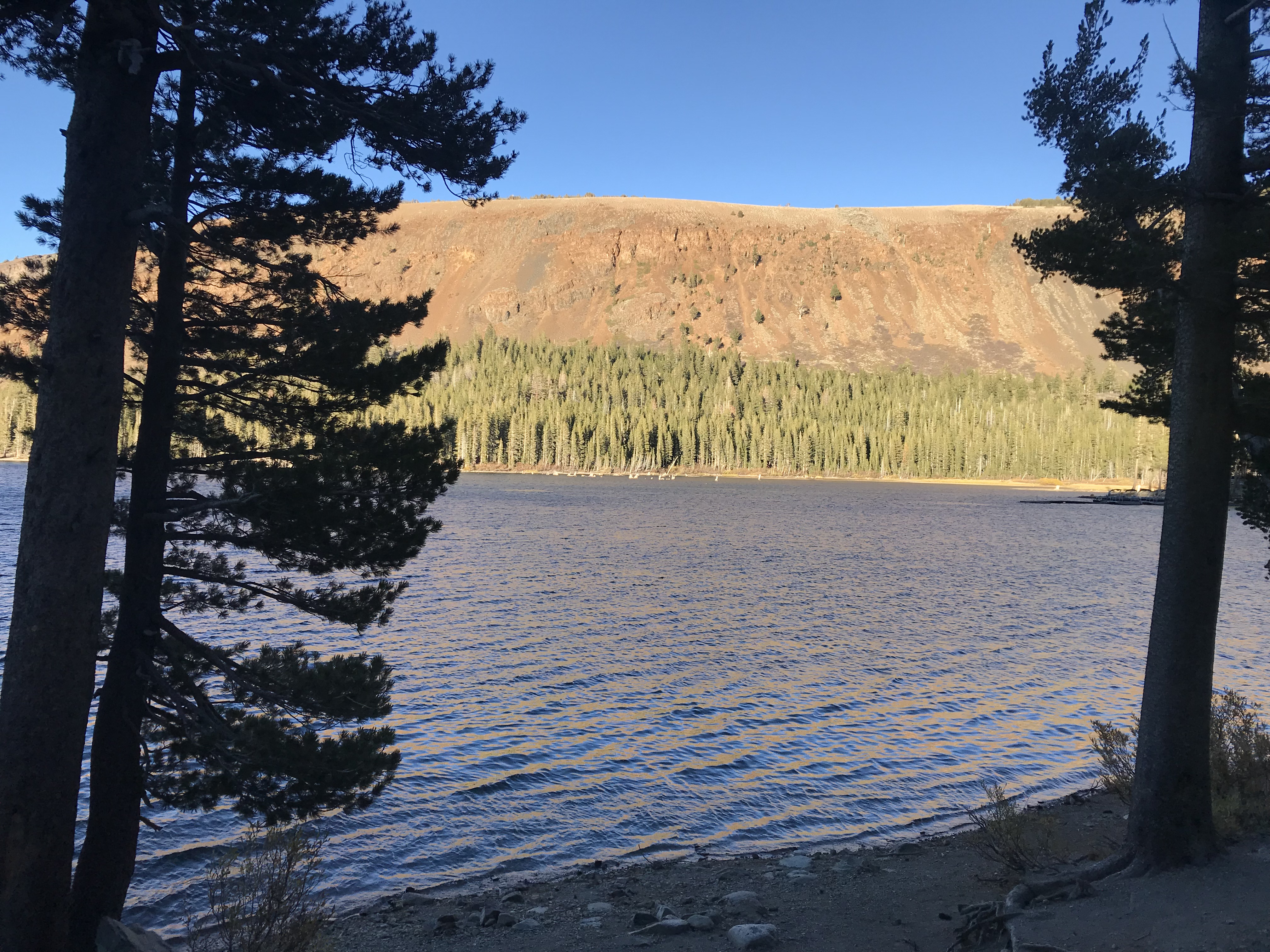 Although after experiencing 82F earlier in the day the drop of temperature to 46F in Mammoth Lakes feels very cold. Not as much so though as by early morning, when the temperature here will be minus 8C!

Our hotel for the night is a Motel 6, it got its name from the days when it was just $6 a night for a room! Shame it wasn’t that price for us.

We checked in and walked over to a local bar full of people engrossed in the live American Football match on TV – San Francisco were playing the Green Bay Packers from Wisconsin. A bit like Leicester Tigers playing Bath! I fully understood the anxiety and passion shown by the locals watching in the bar. For sports fans the world over you cannot help to get involved when your team is playing and I got that and enjoyed people-watching a bit of ‘real America’. Shame for the locals, but the Californian team lost narrowly.

We made our way back to the hotel as the temperature was dropping to freezing – tomorrow is due to be -8 in the morning. I thought California was meant to be warm!

So tomorrow we will explore Yosemite, our last national park on this amazing trip.