For one of the first times on this trip we ventured out for breakfast. Up until now we have had ‘Continental’ style in our hotel. But with Ash and Jo (our adult children) joining us we knew they would want a full breakfast, having flown into the City the afternoon before.

A quick check on ‘TripAdvisor’ revealed a good cafe near our hotel, so we made our way to the cafe, named “8am”. The breakfast was excellent, I had a sausage omelette and it would keep me going until our early evening dinner.

Over breakfast Ash suggested a trip to do a brewery tour. So an hour later we were sat in our Uber taxi on the way to the Anchor Brewery. But, this was not just any Uber, it was a Maserati. Chris was delighted and sat in the front. I wasn’t so pleased squashed in the back with Ash and Jo! It was a lovely looking car and the owner was pleased that we showed such an interest in his car. He let Chris sit in the driver’s seat and ‘rev’ the engine, ‘well boys will be boys!’ 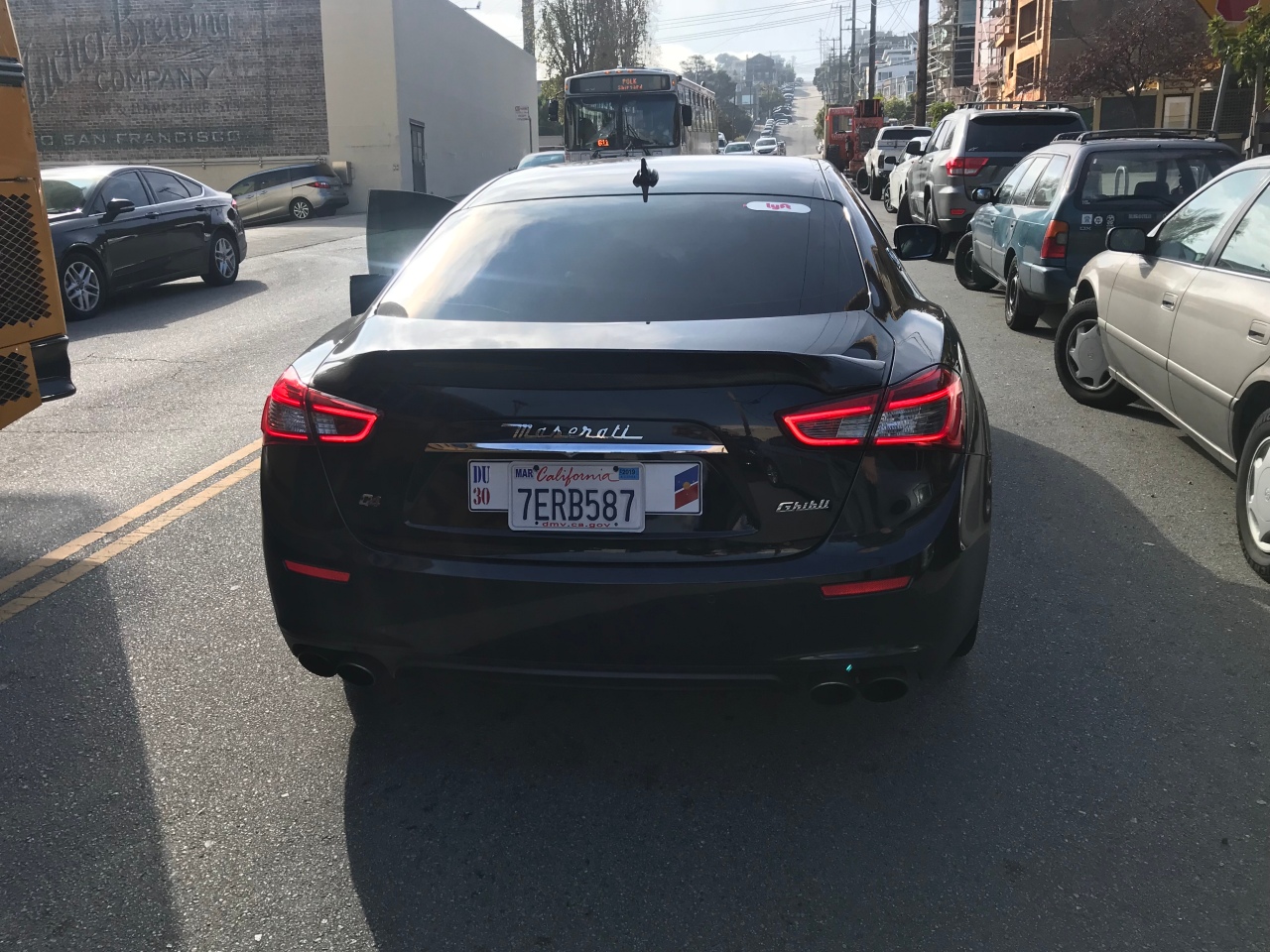 We left the Maserati behind (or it left us) and went into the Brewery Tour. It starts with two glasses of beer – which at 11am is a good start! I could see the way the day was going now the ‘kids’ had arrived!

The brewery opened originally by two Germans in the 1880s who brewed beer in the traditional German style. On the brewery tour we learned how the company had survived two earthquakes, three fires, prohibition and nearly going bust! The brewery was taken over by a wealthy entrepreneur who wanted to keep the beer brewing on its traditional roots. Over the years they have introduced a number of craft beers and today brew 11 different ones. 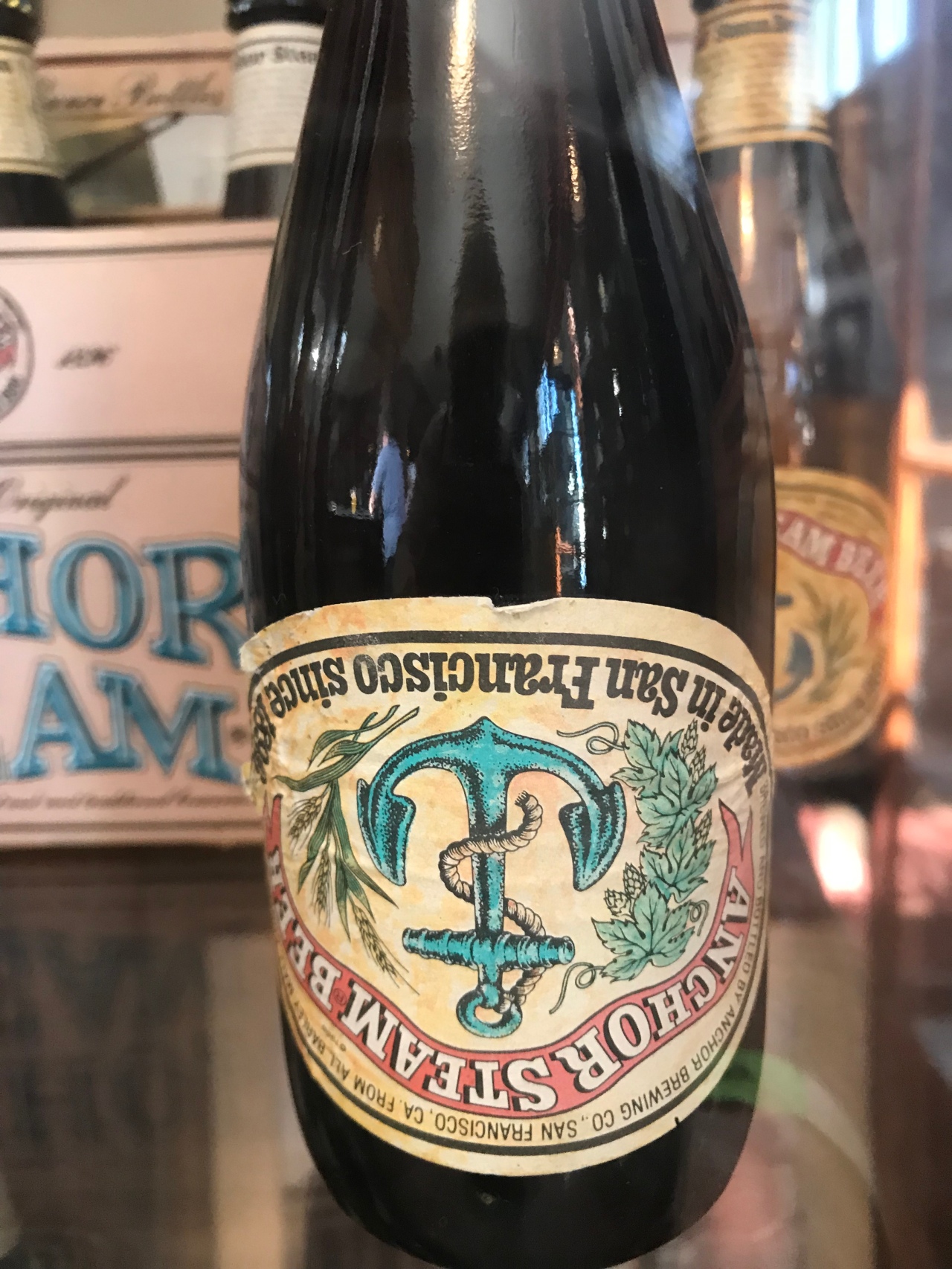 After the tour we were able to try all 11, which between us we did! Some were very bitter and hoppy, so not for me. The Mango beer was a nice change especially given the time of day. As the name suggests it had a ‘fruity’ taste. The barley wine was very pleasant, but at 10% proof I wasn’t going to have too much of that!

We left the brewery and made our way back to the hotel, in another Uber, even more squashed this time as it was a small Prius!

Back in the hotel, it was time for me to do some laundry. Exciting job, but someone had to do it!

We then via another Uber taxi went to see Land’s End. Not the one we know and love in Cornwall! This one is off the Headland of San Francisco and faces out to the Pacific Ocean. It was a lovely sunny, slightly windy day, which saw the waves, crashing into the rocks and created a great view. In the distance we could see the Golden Gate Bridge. It was time for that ‘family’ photo again. Ash and Chris are already getting fed up with this!

We walked around the Headland on the coastal path and saw a lovely beach of golden sand that went on into the distance. There looked to be a few houses on the opposite side of the beach, but no tourist attractions or bars. It was nice to see that the area had not been spoiled.

Between the rocks and beach area was an old swimming pool which had gone into rack and ruin. In the 1920s this pool was very active and even hosted a world diving championship. There were photos around the area depicting what the pool was like in its heyday. A far cry from the diving pools the likes of Tom Daley uses today! I thought it was said that the building was left as a ruin and felt more should be done to make it look less of an eyesore.

We planned to stop for a drink, this turned into a small meal for others whilst I had my first ice cream on this trip. Well I was at the seaside so I had a lovely ‘chocolate nut sundae’. Memories of my childhood when we had these as a special treat! 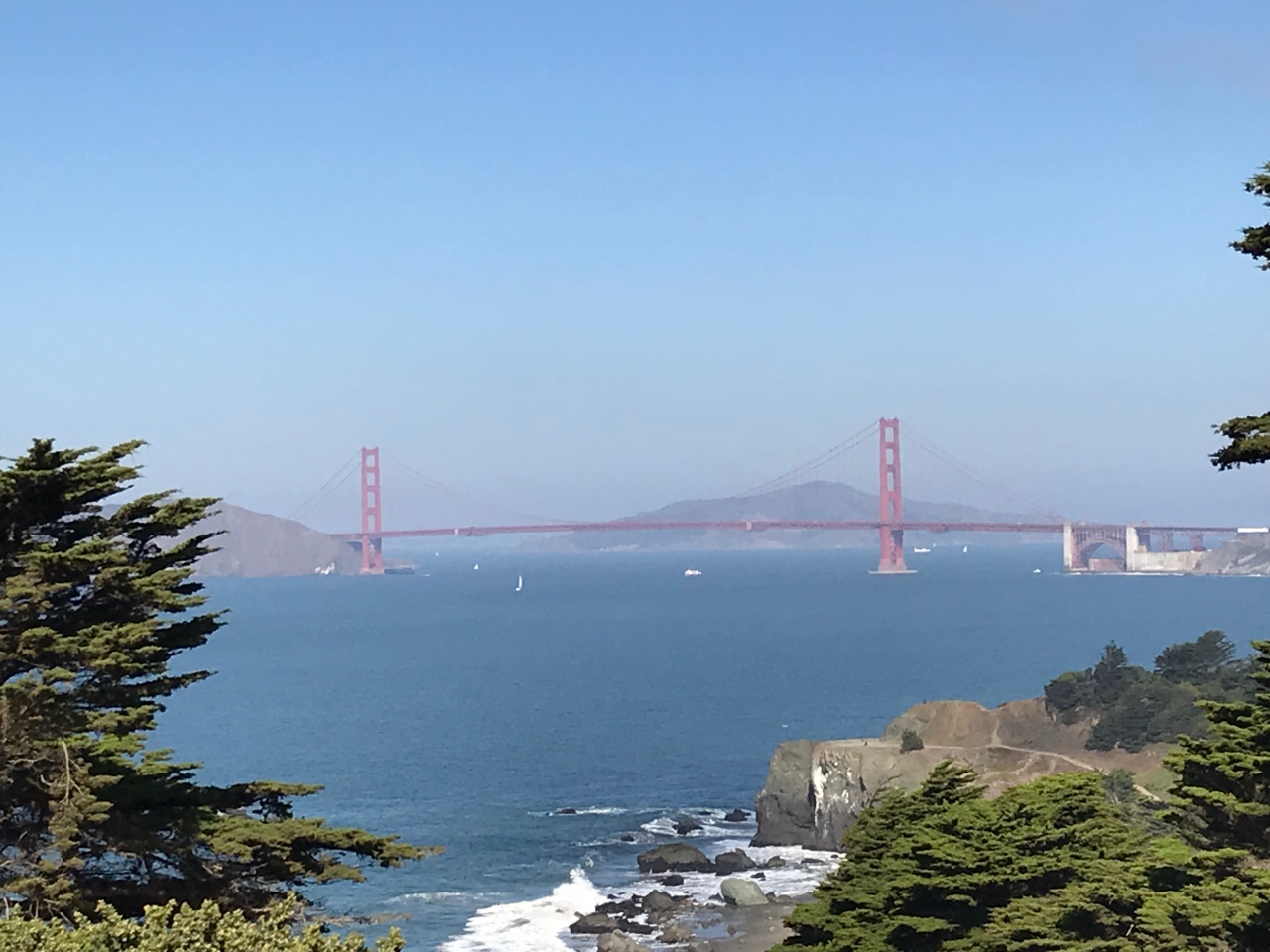 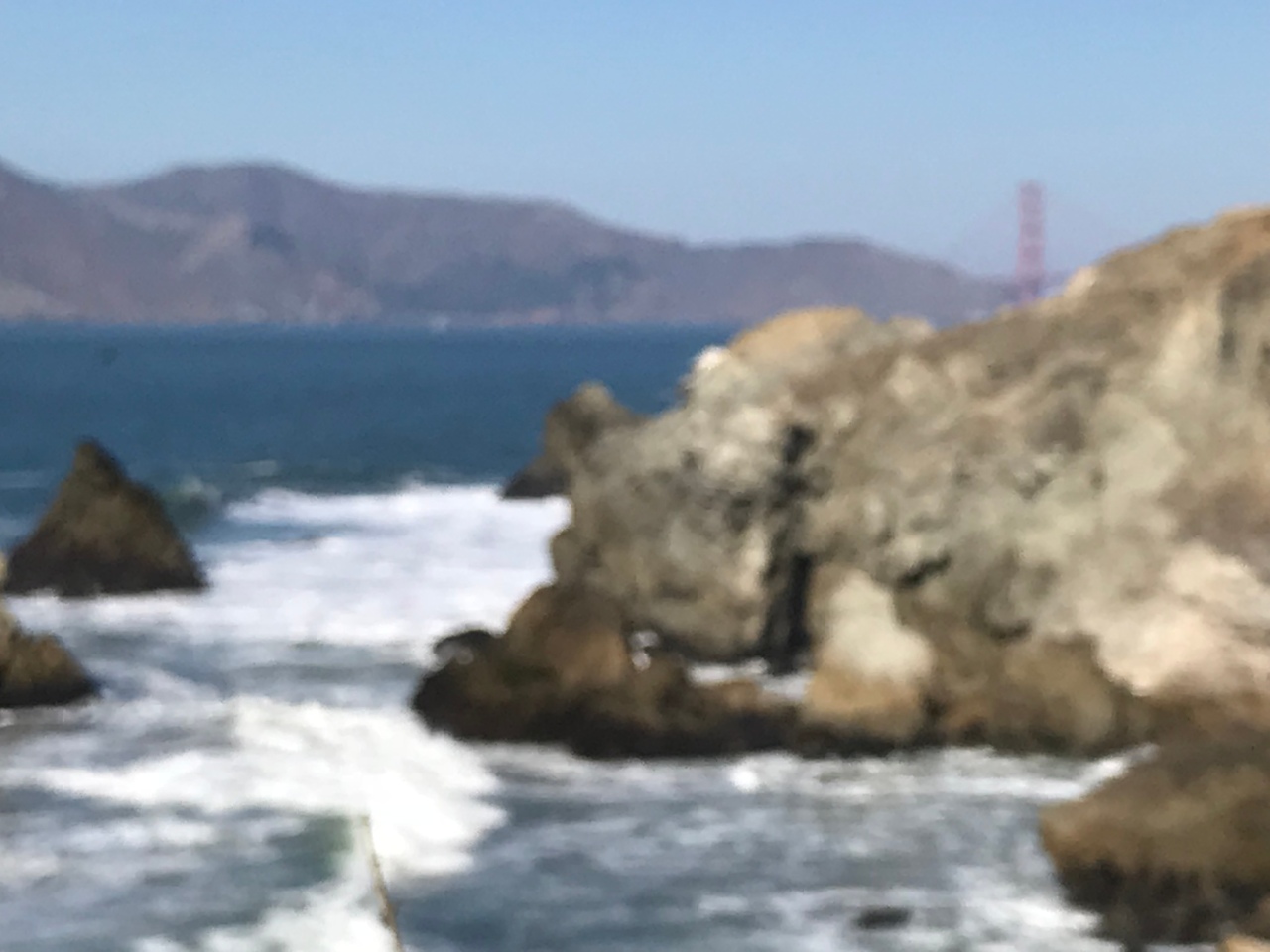 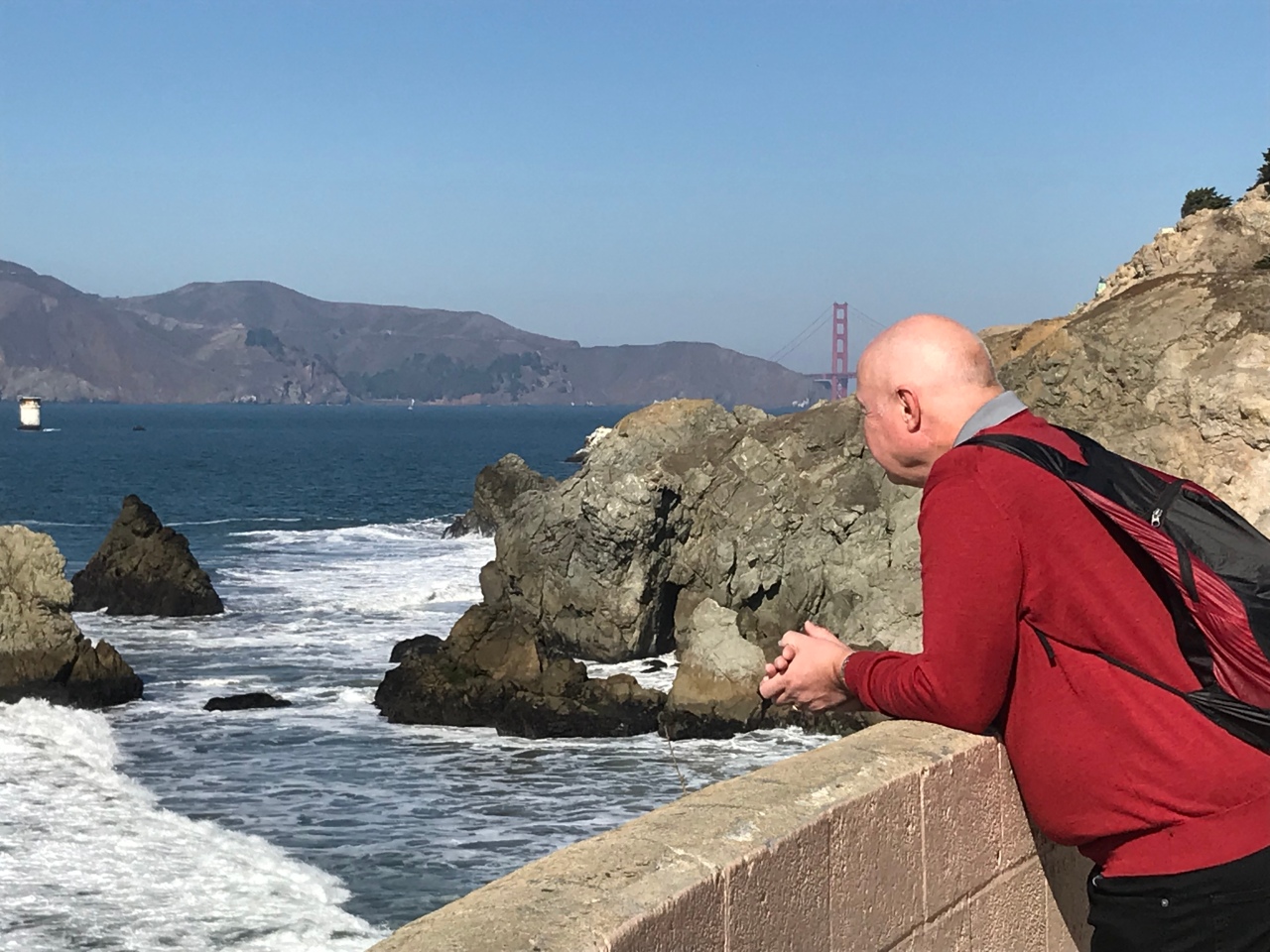 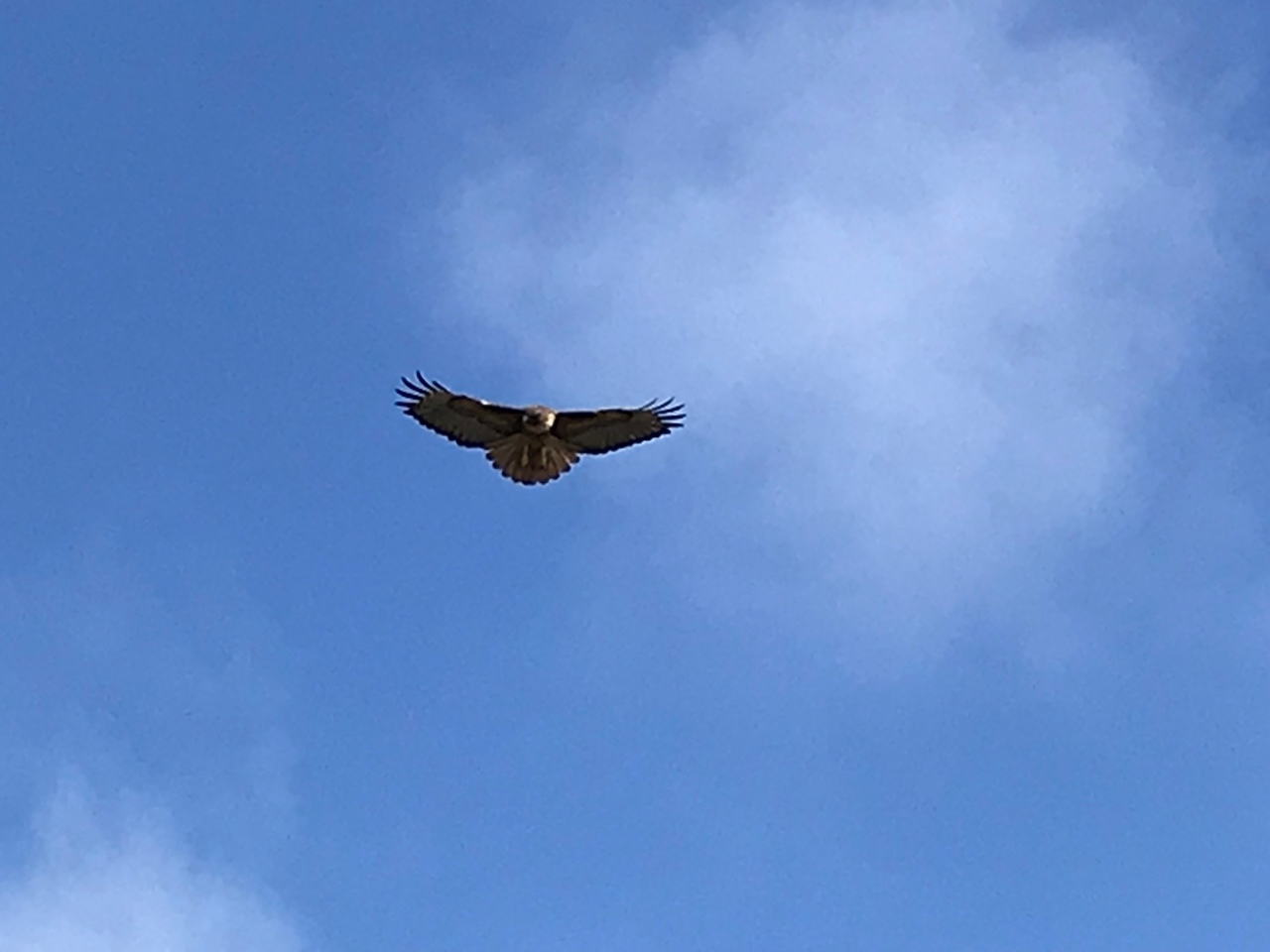 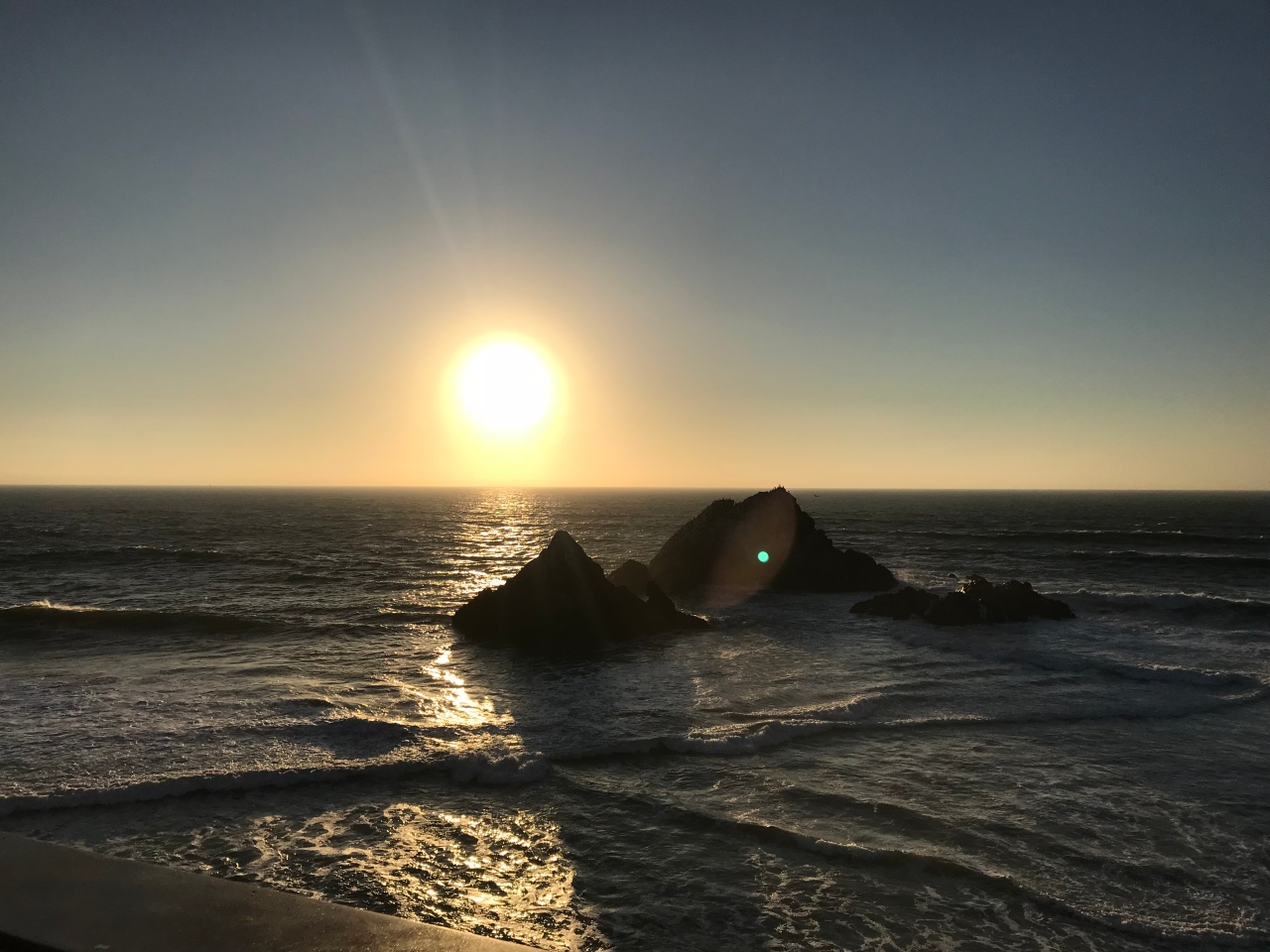 We ‘pottered’ around again and made our way to Cliff House Restaurant and bar, which had been highly recommended to us by friends and locals in the area as the place to go and watch the sunset. They were not wrong, the views were amazing.

We enjoyed a lovely restaurant meal at Cliff House and as they believed the table had been booked for Chris’ birthday treat – they surprised him with an extra dessert, complete with a candle on top! The big reveal of Jo and Ash arriving was supposed to be here the previous night, but due to the length of ‘getting through’ passport control I made a last minute switch! We were glad we had done that, as we had a lot more time to see the area.

As the sun set Jo and I were busy taking photos, then right at the last minute a cloud came over the horizon and spoiled the reflection on the sea! It didn’t matter, we had seen some lovely views.

After dinner we had a quick night cap in the hotel, we sat in their courtyard garden which had external gas fires and blankets to create a unquiet atmosphere, something I would like to consider for our house in the U.K. in the future.

So day 20, our first since the train without Chris doing any driving. Tomorrow we are off to Alcatraz and our second boat trip on this tour (it seems a long time since we went on the one in Chicago).